GLORY HAS DEPARTED THE VARSITIES – AKEREDOLU REACTS TO OAU INVASION

The age of innocence is long gone. The Gown appears too eager to learn from the Town in many ways. The battle seems lost, irredeemably. 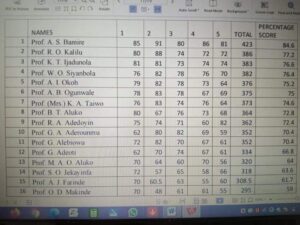 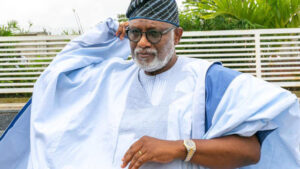 The news media is awash with the most disturbing display of ignorance currently being showcased in our alma mater, Obafemi Awolowo University, Ile Ife. The appointment of the Vice Chancellor, an erstwhile rancour-free internal process, has now become a subject of not only intense politicking among the academics and their non-teaching counterparts. The process has, deplorably, been extended to the town with the attendant malcontents.

The latest news on the invasion of the campus by some Ife indigenes and traditionalists, allegedly, to protest the failure by the authorities to appoint “an Ife indigene”, showcases the extent to which the system has sunk, almost irretrievably.

This is, perhaps, symptomatic of the pervasive rot in the academia. This thoughtless, reckless and misguided step forebodes untoward occurrences in the future. A situation which sees totally extraneous elements to the university environment invade the serene ambience to offer support, presumably solicited and sponsored by those who may have lost out in the selection process, is lamentable. There can be no worse signs than these outward display of attitudes alien to the academia.

There is bound to be this creepy feeling from all of us who have partaken of the glorious moments at that Fount of deep intellection and effervescent cultural expressions. To assert that we are disappointed is an understatement. All those responsible for this disgrace should be ashamed of themselves, and this is assuming they possess any sense of shame. This act should elicit the most strident condemnation from all good people. I condemn it without equivocation.

Obafemi Awolowo University has been a pride of the South West Region since her foundation by the purposeful political leadership at that period. Her new status as a national institution notwithstanding, the people of this geo-political space possess this emotional attachment, traceable to the politics of her establishment, anchored on the vision for the redemption of a race from colonialism, its tendentious predilections and the attendant loss of identity.

The motto of this great citadel is “For Learning and Culture”. Any attitude which detracts from this mission must be jettisoned and discouraged. The state of university education reflects the level of development in a society. A citadel of learning turned to a theatre for the most absurd display of inanities cannot contribute meaningfully to the advancement of any country.

The collective pool of resources from the South West Region ensured the establishment of this beautiful university. The institution attracted the best from all over the world. Merit was the only yardstick necessary to undertake any venture and for inclusion in same. Capacity was pivotal in the building of the most beautiful campus on the Continent of Africa.

Our founding fathers had a vision. They had a mission. They picked the best to fulfill these lofty dreams. The current absurdity represents a hope betrayed. The disturbing facts emanating from Ife over an appointment which is internal, almost entirely, reveal the depth of rot in that system. The intensity of campaign for an office which serious scholars declined to take in the past for the fear of distraction, gives a glimpse on the quality of research purportedly undertaken in most places in recent times. It is disheartening!

This latest assault on intellection by elements who, ordinarily, should not have any business with that ambience is unsettling. The silence of the intellectuals in that university suggests complicity and connivance. The supervisory authorities should, as a matter of urgency, weigh in heavily on this strange phenomenon creeping into the university. A university should live up to its charter of establishment. Certificates are awarded on Character and Learning.

The events of the last few days depict, clearly, that our universities seem interested in issues too distant from teaching and research. The painful reality which comes with the knowledge that our Great Ife has joined other erstwhile centres of excellence which deal with the burden of rapidly receding glory, is sad indeed. The fact that the ancestral home of the Yoruba is where this desecration takes place should goad our people to act fast before permanent damage is brought to bear on our collective psyche.

If it is not enough to be a scholar and professor than to be a Vice Chancellor, then we should stop looking elsewhere for reasons for the pervasive decadence in the country. The age of innocence is long gone. The Gown appears too eager to learn from the Town in many ways. The battle seems lost, irredeemably.

The glory has departed.