Like the PDP before it, the APC in Kwara is proudly empty of soul and purpose.

Precisely one week ago, two prominent members of the All Progressive Congress party (APC), in Kwara state called me differently on my mobile phone to express their concerns and misgivings about my previous essay and why I predicted doom for the party in the coming 2023 general elections. They posited my writing was in bad faith and that I write out of dislike for the person of Governor Abdulrahman Abdulrazaq. But this is far from it, I pointed out. It only takes a good democrat and a politically conscious fellow to make such allusions as contained in what they considered as ‘offensive’. I have however suggested they have a right of response upon their grudges and such can be shared in the public domain.
Ironically, the subsisting problem in Kwara is not about the governor but our perennial inability to fashion some core values out of our ethnic, religious and political maelstrom which will power state goals and aspirations. Because without this foundational understanding, there can be no state development or genuine democratic ethos; I intoned.
It is to be noted here once again that elections do not resolve some fundamental questions of a state like Kwara. In fact, they often exacerbate them. It is not election that moves a state forward but elite consensus. Without elite consensus, there can never be a democratic consensus. There are certain structural contingencies about the way Kwara is configured which has always made it impossible to produce an exceptional Kwaran with the visionary dynamism and heroic nationalistic courage to push the state to its right path.
While the current brand of our heroism cannot rescue the state from the pressing catastrophe, heroes are always age-bound and situation-specific. Precisely that explains why some of the state’s living legends who could always see much farther into the future have always warned that this chicanery that has pervaded the state cannot be sustained forever. Fifty-five years after, the more things change, the more they remain the same as they say and Kwara continues to remain stuck in a historical groove with pretty much the same cast of actors and the same cause celebrate only to produce an inept leadership in the end.
Given the context of today’s Kwara, there are many hurting compatriots out there who still believe and insist that the state has been taken for a ride once again and that the serial gang rape continues with only a change of defilers. In the light of the preceding analysis, it should be obvious that Governor Abdulrahman Abdulrazaq is not the problem with Kwara. The way Kwara is, is the problem. We only need to thank the governor for helping to drive the contradictions to their logical conclusion.
So as our encounter progresses, and since the two contending personas are both under the pressure of words, they failed to address some of the issues raised in that write-up, rather they castigated my writings and resorted to abuse and unintelligent argument.
Even though I have not bothered taken time to investigate their closeness with the Governor, but whatever reasons explain their friendship, the manner the duo phrased their thoughts and feelings was not only demeaning but portrays them as irreverent and blundering politicians. Regardless of their positions in the APC, they are unfaithful men even to the governor whom they seek to defend.
However, a few things were noticeable in the defense of their party and its leadership. First, they seemed to share the same sentiment about democracy as the governor himself. And from the manner of their argument, what seemed to bind them together is not a recognizable philosophy or even great public interest. They are kept in harness by a despairing and interwoven array of self and perverted private interest destined to collapse sooner or later.
As I often point out, political barbarity is always accompanied by a corresponding cultural barbarity. And when barbarians therefore arrive at the barricades, it is the cultural monuments they first go after either out of vulgar fascination or sheer destructive vengeance. For this writer, comments will continue to be free as long as facts remain sacred.
And while the APC cannot pretend not to recognize how decidedly antagonistic the mood of Kwara is today particularly because it also exemplifies the old, decadent order, the tragedy enveloping it, is the same tragedy that undid the PDP. Like the PDP before it, the APC in Kwara is proudly empty of soul and purpose. 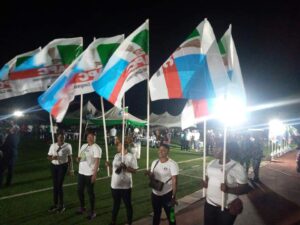 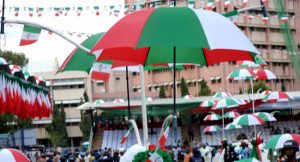 Curiously, in their warped judgement, those two men argued that building of less than 200 kilometers of roads in about four years across the state and embarking on some partial empowerment programs designed to hold the people down till the next elections come, will help the state government reposition the party in the minds of Kwarans. This is a futile assumption. No party or government in history has achieved the milestone Governor Abdulrahman Abdulrazaq administration dreams of without engaging the fundamental ideas that conduce to state development. Without a guiding philosophy which takes cognizance of the state’s identity and ambitions, no state can achieve greatness. A leader must simply stand for something great, noble and inspiring. This is the only way he and his party can make a lasting impression.
However, in the months to come and in an irony of a Shakespearean tragedy, the governor will discover that his messianic self-righteousness notwithstanding, he does not enjoy the mandate to bend the state to the iron will of a primordial vision which canonizes poverty and morbid frugality.
At the moment and if these gentlemen must know, there is nothing in the state APC that indicates any hunger for a great and ennobling idea, at least not with the unthinkable and inept manner the state government handled the recent disbursement of the N100 million Kwaprenuer fund. It is a basic fact that not all APC governors are democrats as amplified by the atrocious manner they handled the affairs in their respective states. And while it cannot not argue that they have little interest in democracy, they hardly can even conceptualize it. Therefore, asking the party now to rediscover itself, assuming it ever had a personality that reflects purpose and ideology, may be asking for too much.
In the final analysis therefore, how wise the admonition of these two men is, remains to be seen especially in the light of the incompetent and amateurish politics that the present leadership of the APC have continued to play in the state. As always, I shall continue to write the way I write and also urge you to read the way you read but properly, so that we can together rescue Kwara from the shackles of dishonest leaders.

YOU ARE A TRUE DEMOCRAT, SPEAKER OBASA CELEBRATES BUHARI AT 80