Nothing has and will ever make Alhaji Hakeem Oladimeji Lawal, abandon, mortgage and betray the trust, aspirations and yearnings of thousands of Kwarans

The Kwara State chapter of the Social Democratic Party, SDP has dissociated the party and its gubernatorial candidate in the 2023 election, Alhaji Hakeem Oladimeji Lawal from the speculation being floated in the media about alleged moves to induce the candidate out of the 2023 gubernatorial race.

National Pilot Newspaper in its 23rd October, 2022 edition, had speculated that in a desperate move to secure his re-election bid, the incumbent Governor of the State, Alhaji Abdulraham Abdulrazaq is allegedly dangling huge monetary bait through a third party before both Lawal and Gobir, the candidate of the YPP to drop their gubernatorial ambition to boost his re-election bid.

In a release from its Media office in Ilorin on Monday, the SDP maintained that the speculation is a concoction brewed from the pit of hell by a newspaper that is obviously working to resuscitate the comatose dream and aspiration of its patrons.

The party added that the gubernatorial bid of its candidate which started in 2015, has never and would never be about him as an individual, rather it’s about building a people’s movement that will berth a government the people can own and call their own.

It maintained that the party is fully prepared for the 2023 election and Alhaji Lawal, its candidate is set to become the next governor of the State courtesy of the popularity of his candidacy across the length and breadth of the State.

“Nothing has and will ever make Alhaji Hakeem Oladimeji Lawal, abandon, mortgage and betray the trust, aspirations and yearnings of thousands of Kwarans 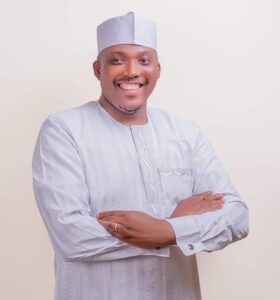 , for pecuniary benefits. No true born Kwaran, will be at peace with the present realities of the day in Kwara State, and nobody with a living conscience will align with the serial tormentors and deceivers of the impoverished masses of Kwara,” the party averred.

It also called on its teeming supporters to ignore the media speculation which is at best, a mark of desperation by those who are scared of the looming and embarrassing defeat that awaits them at the polls.

According to the party, “Kwara SDP is fully prepared and the people are ready to embrace the new face of Kwara transformation and progress which our candidate, Alhaji Lawal represents. The opposition elements are obviously jittery of their embarrassing slim chance and are therefore cooking up stories to confuse unwary voters and citizens.”

It also recalled that of recent, the party has been receiving decampees into its fold across the state, which has been sending fears into the minds of the opposition. The party noted that just last Sunday, its candidate, Alhaji Lawal received a heroic welcome, even at Adewole, the ancestral home the incumbent Governor Abdulrazaq. The same scene has been replicated in Kwara South and Kwara North of recent.

The party also assured that the SDP and its candidate represent the best deal for Kwarans in terms of programmes and manifestoes to take the state to the promised land of progress and prosperity.

It added that “hopefully, by this time next year, Kwara will be better positioned, with a pro-masses and purposeful leadership that prioritizes and amplifies the collective yearnings and aspirations of Kwarans. While we are always open to collaborative efforts aimed at collectively edging out the anti-people tendencies holding the destiny of Kwara and Kwarans hostage, we state unequivocally that Kwara’s total liberation is non-negotiable.”