He charged the cabinet to work as a team for a better service delivery to the people of Kwara State.

The swearing in was preceded by a state executive council meeting presided over by the Governor.

Architect Aliyu Mohammed Saifudeen moved from Local Government to Housing and Urban Development, replaced by Aliyu Kora Sabi who was before now in the Ministry of Energy.

He charged the cabinet to work as a team for a better service delivery to the people of Kwara State.

“With barely one year to the end of our first tenure, I urge you and all other government appointees to be committed to the service of our people,” he said, taking the opportunity to ask cabinet members and ruling APC politicians to run a campaign filled with evidences of government’s achievements and avoid negative campaigns ahead of the 2023 ballot.

“Notwithstanding the coming campaign, every minute should be spent to make life more worth living for the people. I also call on everyone to work as a team for better results.

“As campaign begins in the coming months, we should avoid empty words and maintain decorum at all times. From education sector to health, water, workers’ welfare, access roads, agriculture, support for the elderly and vulnerable, we have tremendous strides to showcase. We can only improve on these achievements.

“Mudslinging does not bring food to the table of ordinary citizens nor guarantee them improved welfare. Name-calling only works for those who have no real ideas about how to move a society forward.

“At a time of national security and economic emergencies, the electorate should demand an immediate shift to issues-based campaign. As an administration, we will constantly speak to the gains of the past three years and sell our agenda for the future.

“I urge you to also work closely with your constituencies and make friends with all, including our political base.

“I congratulate you once again, and wish you all a very impactful tenure of office.” 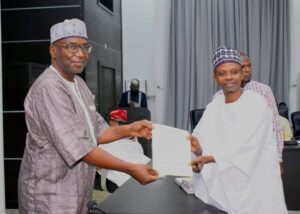 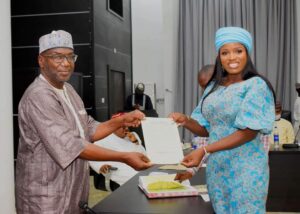