VIEWPOINT: APC, THE CRISIS AND THE WAY OUT

Literarily, every second term Governor in Northern Nigeria wants to be a Vice President with the intention of being President in the next election season.

The fastest way out for the APC crisis is to respect its constitution. Here is why? 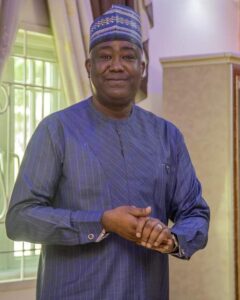 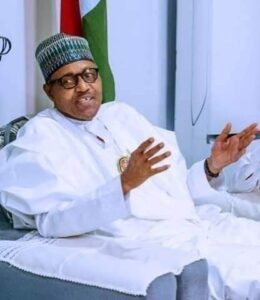 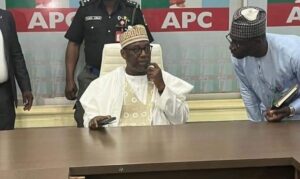 Our great party the APC is embroiled in a crisis which if not swiftly handled may lead to its destruction.

Opinion: Of Adamawa Guber Race and Binani’s too Many Errors

Worse still, prolonged instability in the ruling party may complicate the many challenges the country is facing and serve as huge distraction to governance.

The reason for the present crises is rooted in the ambitions of many powerful members of the party.

And to be clear there is nothing wrong with people having ambitions what is dangerous is to put institutions and systems at risk for one’s ambition.

Literarily, every second term Governor in Northern Nigeria wants to be a Vice President with the intention of being President in the next election season.

They care less about how to tackle insecurity and the scourge of poverty ravaging the region.

On the contrary, how these challenges will be immediately addressed are the prororities for the people of Northern Nigeria.

The spirit of commraderie that bound those who moved against the former APC Chairman Adams Oshiomhole has irretrievably broken down. The beneficiary of the coup against Oshiomhole – Mala Bunni is also been suspected of habouring a sinister agenda after tinkering with the dates of the National Convention many times.

Interestingly, all the sides to the ugly drama are dropping the name of the President.

There is a way out of the present mess which is the return to the full operations of the Constitution of the party Immediately.

Sadly, some people in cahoot with the INEC chairman Mammood Yakub are trying to block this through administrative subterfuges and judicial maneuvers.

The National Executive Committee (NEC) of the party with all the state chairmen must meet immediately with or without Bunni and steer the party towards a National Convention in order to cure the party processes of many ailments it has gathered in the past two years that can constitute legal albatross in the future..

Every one must now ignore the ranting of the INEC chairman who believes that any party meeting called without his approval is illegal.

Mahmoud needs to know political parties are not government parastatals.In any case Mahmood is only playing tricks to complicate APC woes,where was he when PDP Deputy chairman called and Presided over meeting to remove Secondus as the former PDP chairman?

I am aware that some analysts are now enjoying the challenges of the APC believing the PDP will be the beneficiary.

This is a misplaced expectation because the PDP is an incompetent opposition in its present form.

The APC still has a window of opportunity to re-invent itself if all party organs manned by competent and experienced hands becomes operational after the convention.

On the major cause of the present party challenge, which is majorly a clash of ambitions, this can be solved by creating a level playing field for all aspirants such as was done in the lagos Convention in 2015.

In the lagos primaries, Okorocha, Atiku, Kwakwanso Sam Ndah-Isiah and Buhari slugged it out.

No one was hiding under any dubious trick, no one dropped any ones name as there was no ones name to drop. No ethno religious card was played it was open and fair contest.

It is infantile delusion to think that any acceptable Presidential candidate in APC can emerge through cunny manipulation of the party or dropping the President’s name.

More importantly, the presidential candidate that Nigerians are yearning to see from the APC is one who is ready with the policies to fix Nigeria’s and her numerous challenges, and one with the character and pedigree to inspire hope.

Nigerians do not want a charlatan from a process dogged by little provincial tricks and product of infamy.

Opinion: Of Adamawa Guber Race and Binani’s too Many Errors