In the ruling, Justice Mohammed berated EFCC as a meddlesome interloper that refuses to do its homework before charging people to court. 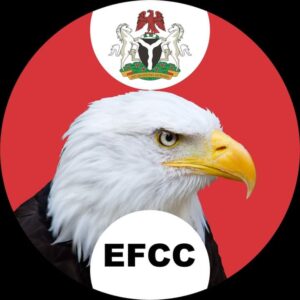 It was a day of joy and vindication for Senator Umar Tafida at the Sokoto High Court on 21st March, 2022. The case of money laundering brought against the Senator by EFCC on behalf of the Federal government was struck out by Justice Mohammed Mohammed.

In the ruling, Justice Mohammed berated EFCC as a meddlesome interloper that refuses to do its homework before charging people to court. According to Justice Mohammed, the EFCC failed to follow due process of the law in bringing the charges against Senator Tafida.

According to the Judge, the matter which EFCC sought to bring against the Senator was a pure civil transaction based on the business contract between the company of Senator Tafida, Hijarah textiles and Sokoto State government via a Memorandum of Understanding, MoU signed by two parties who have joint responsibility of providing funds for working capital and as may be required for the operations of the company based on the ratio of share-holdings or ownership structure between both parties.

On the matter of a possible disagreement between parties to the contract, the court ruled that the MoU has defined steps to address such. The court admonished the anti-graft agency to desist from interfering in civil cases of this nature.

The honourable court advised the anti-corruption agency to stick strictly to its mandate, and examine critically all petition brought before it, and know those within its mandate, and be bold enough to turn down petitions outside its legal and prosecutorial capacity.

The Sokoto State high court Judge, Mohammed noted that “government investigative  agencies like EFCC has no right to dictate on what the terms of a business contract will be between business partners and that even a court of law does not have such a right”. Our Correspondent learnt that the frivolous matter against Senator Tafida was orchestrated by political opponents who sought to tarnish his reputation and truncate his political profile which is on the ascent.

BREAKING: ATIKU, FOR THE SIXTH TIME, DECLARES TO RUN FOR PRESIDENT