OPINION BY ADEDOYIN: WHY 2023 MIGHT BE A STRAIGHT ‘FIGHT’ BETWEEN ATIKU AND TINUBU

Alhaji Atiku Abubakar is larger than life. He is loved by the Igbo voters, perhaps more than their own politicians. He knows this. His party knows as well. 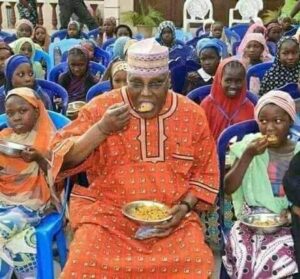 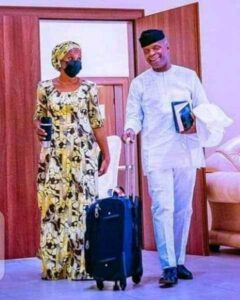 Politics is a business, and in business, you don’t dwell (too much) on emotions and sentiments to succeed. If political parties make their decisions based entirely on how loud some arguments (emotional, sentimental and sometimes illogical) on the social media are, then we may as well go sit down and wait for Prof Yemi Osinbajo or Mr Peter Obi to be sworn-in as the next President of Nigeria in 2023.

Not that Nigeria doesn’t deserve a younger, virile and intelligent President, but the candidates for that office must justify that they are heavyweights and the strongest their parties can present. You don’t aim to win the world cup with a junior team when your opponents are bringing their best and most experienced 11.

The 2023 context is a straight fight between SENATOR BOLA TINUBU AND ALHAJI ATIKU ABUBAKAR. Any party that presents anyone else as its flag bearer would have lost before the election day.

The PDP wants to return to power while the APC aims to retain its position, both, by any means possible. A Peter Obi candidature cannot sell beyond Anambra and among migrant Igbo in other parts of Nigeria. He may be lucky to have some pockets of support from other Southeast States. He is largely unknown by the grassroot voters in the North and Southwest.

Senator Pius Anyim, the other confirmed candidate from the Southeast on the PDP ticket is from Ebonyi State. As trending on the social media, if you don’t gerrit, forget it! Alhaji Atiku Abubakar is larger than life. He is loved by the Igbo voters, perhaps more than their own politicians. He knows this. His party knows as well.

To underscore the love, the most vociferous supporter of the call for a Biafra country among the Igbo political class, Senator Enyinnaya Abaribe, was the first to endorse Atiku for the PDP ticket. PDP would be shooting itself in the leg by going for a less popular candidate.

Can the Starboy and the highly efficient incumbent Vice President, Yemi Osinbajo, match Atiku in the presidential context? Except in the realm of sentiments and emotions, the answer is no. Is he competent? That, to me, is relative.

Contextualizing that would take us to a theory in human resources management; the Peter Principle (Peter and Hull, 1969). The theory is about promoting an excellent staff beyond their level of competence simply because they are next in line for a promotion and have done well in their current office.

To illustrate, a bank has an Executive Director (Operations) as the most senior behind the MD. If you have had a dealing with a bank operations staff concerning policies, procedures and following orders (instructions) at a branch level, then imagine what an ED Operations embodies.

This hypothetical bank is interested in growing its balance sheet with fresh business deals that would entail some compromise here and there without deviating too much from policies. Promoting the ED to becoming the MD will not achieve that goal because of his lack of people skill and rigidity with rules and regulations. Banks would rather go for an excellent marketer with top-notch social skills, ability to think outside the box and clout for independent decision-making.

Ever wondered why many excellent technical people never made CEO? They function very well when told what to do. Their ingenuity is in how to do it, not in the conception. We have only seen Osinbajo follow a blueprint, he may also be eminently competent to conceive ideas and lead the implementation but it would be a gamble and I don’t see the APC taking him, no matter the emotions on the social media.

Senator Bola Tinubu, on the other hand, has shown competence in leadership. He draws plans and identifies talents, without ethnic, religious or academic sentiments, to implement the plans. It’s only if one wants to belittle an elephant that one says an object passed-by swiftly and briefly, Tinubu is in a class of his own.

Among the current political class, Tinubu is unrivalled in his political achievements, development legacies, capacity building, and commitment to helping others and lifting people out of poverty. Aside Atiku, Tinubu is the only other name that’s known in the grassroots.

While others are busy making TV appearances and theorizing on what they know little about, he was on the road across the length and breath of Nigeria checking the bridges he had built in the past and building new ones. He is intentional and not accidental in wanting to be the President. That means someone who has researched the issues and identified practical options, not textbook answers, for solving them.

We are daily inundated with claims that he has pocketed Lagos and is milking the State dry. None of that has been substantiated. The public court finds him guilty of massive embezzlement and yet, 15 years after leaving office and without immunity from any form of prosecution, no state institution has found him culpable of anything, whether in office or post-office. That suggests he is clean or a crook who knows how to cover his tracks.

Choosing between Atiku and Tinubu is not a difficult choice for me. We saw what both of them did in office. In the context of the foregoing, the choice is between history (past) and the future. The dream is big, the expectations are enormous and the hopes for a new Nigeria, re-engineered from within the political class by a different kind of politician, are sky high.

The last time we felt anything close to getting it right was with MKO Abiola. Hope 93 was dashed. Before then, Chief Obafemi Awolowo was defeated on legal technicalities of what constituted 12 and two-thirds of 19 states. I am proudly Nigerian, I believe in Nigeria and I know we shall be great again