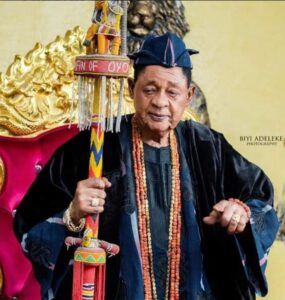 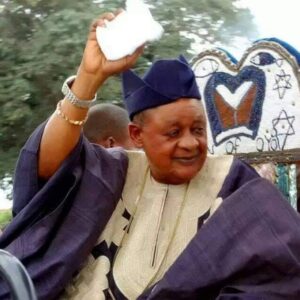 Oba Lamidi Adeyemi III the Alaafin of Oyo has joined his ancestors . Reports indicate that the permanent Chairman of Oyo State Council of Obas and one of the country’s leading monarchs died on Friday April 22 ,2022 at the Afe Babalola Teaching Hospital, Ado Ekiti in the course of a brief sickness. The remains of the monarch have been moved to his palace were traditional rites have commenced

Formal announcement of the demise is expected from the Oyo State Government today.
The late Alaafin of Oyo hailed from the Alowolodu ruling house and was born on October 15, 1938.
Adeyemi III was the son of Oba Adeyemi II, the former Alaafin of Oyo who was deposed and sent into exile in 1954 for having sympathy for the National Council of Nigerian Citizens.
He succeeded Alaafin Gbadegesin Ladigbolu II in 1970 and was crowned on January 14, 1971.
Oba Adeyemi was 83 years old and was the longest reigning Alaafin ever, having ruled for 52 years.