nsaru is obviously working in alliance with bandits," the security source said. "Ansaru may want to use some of the hostages as bargaining chip to have its leaders released. 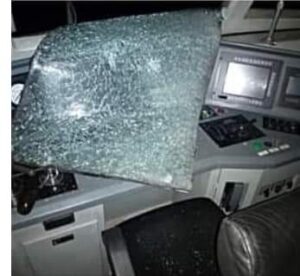 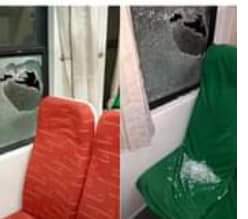 For a decade, northwest and central Nigeria have been ravaged by criminal gangs known as bandits who raid villages, kill and kidnap for ransom.

Last week, a string of attacks in northwestern Kaduna state culminated in an assault on a train running from the capital Abuja to Kaduna city.

At least eight people were killed, a number of passengers were abducted and gunmen released a video showing a high-profile captive.

Many conclude the attack is a sign of a major escalation by the bandit gangs.

But the sophisticated operation, use of explosives and Islamist-style hostage video also raise the question: Were jihadists involved?

– What is the northwest conflict? –

Northwest Nigeria’s security crisis has its roots in friction between farmers and herders over water and land.

Tensions snowballed into tit-for-tat attacks and then into broader, organised criminality which experts say is now conducted on a vast scale.

The state government Zamfara in April last year estimated 100 bandit camps were hidden in forests around the northwest.

It suggested there were 30,000 gang members in the region — a figure that some view as conservative.

“Thousands of militants… have taken over swathes of the countryside,” an Abuja-based think tank, the Centre for Democracy and Development, said in a report this year.

The violence has displaced tens of thousands of people and left security forces badly already overstretched.

Late in 2020, bandit gangs began targetting schools. The UN said in 2021 there were 25 attacks on schools with 1,440 children kidnapped.

Attacks have also become more brazen. Bandits shot down an air force jet in July. A month later they kidnapped an officer from a top military academy in Kaduna.

– What happened in Kaduna? –

On March 28, gunmen blew up the tracks on the Abuja to Kaduna railway before opening fire on the coaches.

Passengers said they targeted the train’s so-called VIP section, where they abducted an unknown number of passengers.

A week later, four gunmen appeared in a video with one of the kidnap victims — a banking chief executive who they said would be released as a “Ramadan gesture” of compassion because of his age.

The hostage called on the government to met the bandits’ demands to release the abducted passengers.

The video’s use of Islamic prayers and the jihadist-style positioning of the gunmen with a kidnap victim have stoked speculation that Islamist militants were involved in the attack.

“These ones are not the usual kidnappers but members of Boko Haram who are collaborating with bandits,” Kaduna governor Nasir Ahmed El Rufai said.

– But are jihadists involved?

In northeast Nigeria, armed forces are battling a 12-year jihadist war, with Boko Haram and Islamic State West Africa Province (ISWAP), who themselves have been engaged in an internecine fighting.

After the death of Boko Haram’s leader Abubakar Shekau last year in infighting ISWAP, a Nigerian intelligence report said some Boko Haram fighters migrated to the northwest to join with bandits.

Cooperation between militants and bandits has been mostly pragmatic.

One security source said the speaker in the Kaduna video had a Kanuri Hausa accent, indicating he was from the northeast. Another key to possible jihadist involvement was some of the words used were favoured by militants.

“The fourth indication is the way the hostage was presented by his captors, being sandwiched between masked gunmen. This is typical of jihadist propaganda videos,” the source said.

James Barnett, a researcher at University of Lagos, said bandit gangs were powerful enough to carry out sophisticated attacks without jihadists.

He said bandits in their own messages sometimes wanted to appear they were linked to jihadists as a way to increase leverage in negotiations.

But he said the use of explosives in the train attack may point to some jihadist collaboration, perhaps with Ansaru elements.

Ansaru was battered in 2017 when security forces arrested most of its commanders, including its leader Khalid Barnawi who is serving life.

But recently it has been re-establishing itself in Kaduna and parts of central Kogi state.

“Ansaru is obviously working in alliance with bandits,” the security source said. “Ansaru may want to use some of the hostages as bargaining chip to have its leaders released.”

EFCC to Work with Real Estate Operators to Sanitize the Sector

EFCC to Work with Real Estate Operators to Sanitize the Sector