In his remark, Alhaji Lawal expressed his gratitude for the people’s commitment to the party and the show of deep love for his candidacy

The excitement and the enthusiasm was very palpable yesterday as the gubernatorial flag bearer of the Social Democratic Party, SDP in the 2023 election in Kwara State, Alhaji Hakeem Oladimeji Lawal was a guest at the Ward meeting of the party in Babanloma, Ifelodun Local Government Area of the State.

The shout of the Party slogan: “SDP, Progress” rented the air as Lawal and his entourage, which comprised the Deputy Governorship candidate, Reverend Joshua Olayinka Olakunle; the Kwara South Senatorial Candidate, Professor Wale Sulaiman and other party Chieftains stepped into the venue of the meeting in the center of the town.

Ward 3 Chairman, Abdulazeez Abiodun and other party leaders thanked the candidate and his team for the “August visit” and promised to equally “hold the ground for the party” when the campaign starts officially.

The Chairman of the Party in the State, Abdulazeez Afolabi thanked the teeming supporters for their tenacity and courage while urging them to keep the flag flying until victory is secured and they get to “the promise land.”

This line was also echoed by Professor Sulaiman who added that a vote for the party will translate to quality representation in the National Assembly for the people in the area.

In his remark, Alhaji Lawal expressed his gratitude for the people’s commitment to the party and the show of deep love for his candidacy. He added that the visit is a short one and promised to return during the campaign when there will be more time to address them.

Before the trip to Babanloma, the team had visited Omu-Aran, the headquarters of Irepodun Local Government Area to felicitate with Engineer Sunday Babalola who was giving out his daughter in marriage.

On their way to the venue, the governorship candidate and his entourage paid a courtesy visit to the traditional ruler of Omu-Aran, Oba Oladele Adeoti and his Council of Chiefs who received them warmly and prayed for them. 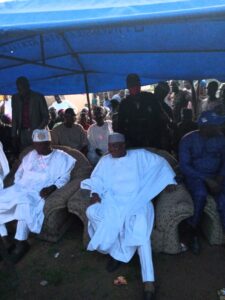 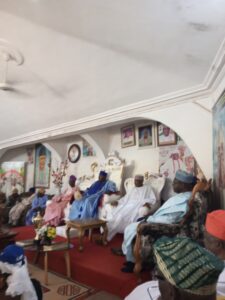 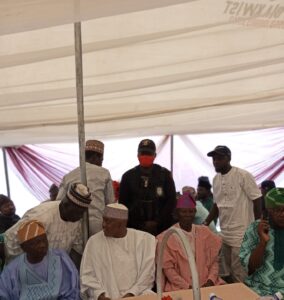