Justice Babs Kuewuni had on May 15, 2018, granted interim forfeiture of the said land. 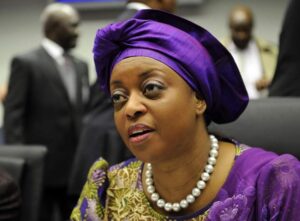 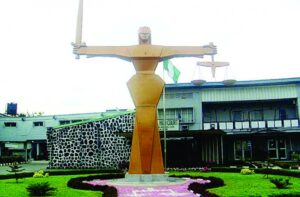 Justice Akintayo Aluko order the final forfeiture of the land, sequel to an application filed by Mr. Ansalem Ozioko, the Economic and Financial Crimes Commission (EFCC) Head of Legal Section, but moved and argued by Mr. Abbas Mohammed, a legal Officer in the Commission.

Justice Babs Kuewuni had on May 15, 2018, granted interim forfeiture of the said land.

In making final forfeiture of the said land on Friday, Justice Aluko held that:

“Upon this motion on notice dated February 17, 2022 coming’ before this Honourable Court the 25th day of March, 2022, praying the Court for the following reliefs; a final Order forfeiting the properties /assets listed and – described in the schedule herein to the Federal Government of Nigeria.

“And for such further orders as this Honourable Court may deem fit to make in the circumstance.

“Upon reading affidavit in support of the motion paper sworn to by Babana Job, of Economic and Financial Crimes commission (EFCC) of 15A Awolowo Road, Ikoyi, Lagos State.

“And the court having heard A.O.
Mohammed Esq, for the Plaintiff/ Applicant moved the application praying the court to grant the reliefs sought as
endorsed on the motion paper.

“It is hereby ordered as follow, “That a final order is hereby granted forfeiting the property/asset listed and described in the schedule herein to the Federal Government of Nigeria.

Justice Babs Kuewuni, who formerly presided over that court had sometimes in 2018, granted interim forfeiture of the said land upon reading the affidavit in support of the motion paper sworn to by AbdulRasheed Bawa, now the chairman of the Commission, which was argued and moved by Mr. Anselem B. C. Ozioko.

As part of Justice kuewumi’s orders directed the EFCC to notify the persons in whose possession the properties sought to be forfeited are found to appear before this Honourable Court and show cause within 14 days why the properties should not be forfeited to the Federal Government of Nigeria.

In asking the court for final forfeiture of the said land, the EFCC through one of its investigators, Babana Job, in an affidavit in support of the motion stated that sometime in 2016, a Search Warrant was executed at the Office and premises of Mr. Donald Chidi Amamgbo (second Defendant in the suit) and a known acquaintance of the former Minister of Petroleum Resources, Mrs Diezani Alison Madueke (first Defendant).

The investigator stated that among the documents recovered from the office of secod defendant was an undated report titled: Highly Confidential Attorney work ProductAugust Report. The said report contained a list of 18 companies and several properties located in the United Kingdom, the United States of America and Nigeria including: Adding that further to paragraph the above, the Commission extended invitation to the second defendant having been unable to locate and first Defendant in respect of the discoveries during the search. The second defendant honoured the invitation extended to him and upon his report, he was confronted with the Highly Confidential Attorney work Product August Report and in the course of interview, he told the agency that he registered the 18 companies, including the third defendant to assist Mrs Diezani Alison Madueke (first Defendant) in holding titles of her properties and that all the properties belong to her.

He stated that it is of utmost public interest and concern and in the interest of justice to grant this application.