Former Governors of Plateau and Taraba, Joshua DARIYE and Jolly Nyame have been released from KUJE Correctional Center in Abuja following their pardon.

The duo had been convicted and jailed following corruption trial after being charged by the Economic and Financial Crimes Commission, Efcc. 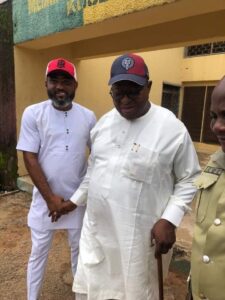 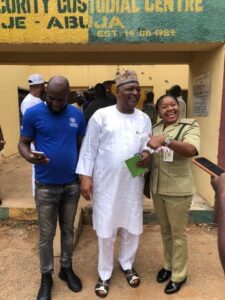 Council of State, led by the President, Major General Muhammadu Buhari (retd.), had on April 14 approved the pardon of the convicts, a decision which generated outcries.