From the ugly incident of last Thursday, Mrs Odumegwu-Ojukwu has not put behind her political failure of almost four years ago. 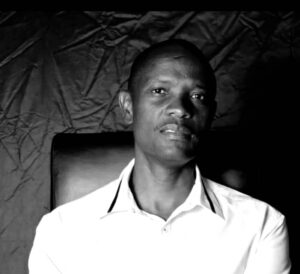 And so, it is that the narration surrounding last Thursday’s modest but significant inauguration of Prof. Charles Chukwuma Soludo is not about the how well he wished to progress Anambra State as the seventh civilian to govern over the state created 31 years ago, but the side attracting involving two famous women. Only an insignificant number has taken the time to read or digest the well-thought-out address, which, in other climes, provides an opportunity to measure the performance of the new administration. The talk is rather about the side attraction: the possibility that the event produced the hottest executive slap in the Guinness Book of Records.

Yes, there was a slap with many even calling it “dirty slap” flowing from the statement of one of the combatants. Owners of English Language would laugh at such description as it relates to matters that shouldn’t be mentioned when kids and teens are still awake. But in the Nigerian version of “dirty slap”, it is meant to restore the victim back to his or her senses.

2023 Election, Religion and the “Obituary of God”

In the context of the ugly event on the inauguration day, between Dr (Mrs) Ebelechukwu Obiano and Ambassador Bianca Odumegwu-Ojukwu, whose senses have now been restored to the right place?

There are two (some even say, several) sides to a story. And conventional behaviour dictates that the victim attracts more listenership and empathy than the aggressor. But in this case, many commentators would rather dismiss the admonition of the celebrated writer Chimamanda Adichie on the “Danger of a Single Story”.

On the day of the “battle of the famous women”, Mrs Obiano arrived the inauguration venue and upon being told that Mrs Odumegwu-Ojukwu was already seated, she decided to show courtesy to the widow of the revered nationalist, Dim Chukwuemeka Odumegwu-Ojukwu. Going by the account of many leaders of the All Progressives Grand Alliance (APGA) and other dignitaries at the scene, Mrs Obiano not only greeted Mrs Odumegwu-Ojukwu but also playfully touched the latter. These are personalities who are familiar with each other. In normal circumstances, it really won’t matter if one of the buddies gamesomely touched the other. And the parties would just joke heartily and continue the ceremony in peace.

But in this case, the playful act turned out to be the trigger to burst the seams of anger that was unconnected with the camaraderie of the inauguration day. In the build-up to the 2019 general elections, Mrs Odumegwu-Ojukwu joined the race for the Anambra South senatorial ticket of APGA, the ruling party in Anambra State. She lost the bid to Prince Nicholas Ukachukwu, who himself lost the general election to Ifeanyi Ubah of the Young Progressive Party.

Ukachukwu fought all the way to the Court of Appeal to validate his APGA ticket, which Mrs Odumegwu-Ojukwu challenged aggressively. Earlier in the party primary held at Ekwulobia Township Stadium late 2018, Ukachukwu had pulled 211 votes as against 177 votes by Mrs Odumegwu-Ojukwu.

From the ugly incident of last Thursday, Mrs Odumegwu-Ojukwu has not put behind her political failure of almost four years ago. It is being speculated that as a member of APGA’s Board of Trustees, she orchestrated the incident to create disaffection for Mrs Obiano, whose ambition to contest the Anambra North senatorial seat as APGA candidate is making waves in the land.

Whatever it is, efforts should be intensified to end the needless war and allow the good people of Anambra State enjoy the benefits of a new administration. The rest of the country is looking at the state as the beckon of hope and not the theatre of discord.

UNWRAPPED: FIRST BANK’S SPARK OF KINDNESS THAT IS IMPACTING COMMUNITIES

2023 Election, Religion and the “Obituary of God”

TIBUBU HAS BEEN CORNERED BY HERO-WORSHIPPING LAPDOGS – BABACHIR LAWAL

LABOUR MOVEMENT MUST LOOK BEYOND SALARY AND WELFARE, MUST PROTECT DEMOCRACY – OBASA

APC CHAIRMAN WRITES TINUBU, ACCUSES HIM OF BREACH OF AGREEMENT OVER CAMPAIGN COUNCIL