OLAWEPO-HASHIM SETS FOR PRESIDENTIAL DECLARATION, CALLS FOR CLEAN BREAK FROM UGLY PAST

"I laugh when I read about someone who has never set up even a barber shop in his or her life promising young people employment. These are people who do not even understand how businesses run" he said.

A Chieftain of the ruling party, All Progressive Congress, APC, Mr. Gbenga Olawepo-Hashim, has cautioned that Nigerians cannot afford to choose the next President from amongst those who have made a career of living on government since 1999, and expect positive changes in their lives and in the country.

In a chat with Journalists on Wednesday, the former Presidential candidate argued that “The truth is that some of those who have stayed too long in the status quo have become part of the corrupt system, and it is an illusion to expect Corruption to fight Corruption”

He explained that a corrupt individual/system cannot fight corruption, and so the nation needs a clean break from its ugly past to break the heavy rod of rot off  its back in order to move forward.

In his words:  “either in the APC or PDP or any other party, those whose only job has been to change from one government office to another and have never done any other productive thing apart from squandering government money, driving convoys of cars around that they do not fuel themselves, escorted by security paid for by Government, are far removed from the true realities of Nigeria, and are therefore incapable of comprehending the urgency and depth of transformation Nigeria needs.

“I laugh when I read about someone who has never set up even a barber shop in his or her life promising young people employment. These are people who do not even understand how businesses run” he said.

He noted that the “Solution to National Security challenges, the Unemployment problem, High cost of Petroleum products and basic items requires new approach to handle that those who have never paid for anything they consume in the past 23 years cannot understand.”

Olawepo-Hashim disclosed that one of the things that attracted him to the APC is the President Muhammadu’s belief that corruption must be crushed in Nigeria, but added that sadly, corruption has become one of the major reason for the slow progress, and the underbelly of some of the nation’s security problems such as banditry and kidnappings.

According to him, “Nigeria loses a lot to corruption. According to Price Water Cooper (PWC), a global Consulting outfit, if not arrested by 2030, corruption will be costing Nigeria 37% of her GDP; i.e. 200 billion USD, a whooping N100 trillion (Naira), about 15  times our national budget”.

“This will translate to 1,000 USD per capital; five hundred thousand by each Nigerian. The significance of this on our lives, in terms of avoidable death is staggering.” 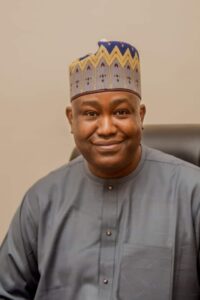 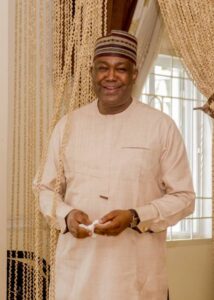 Olawepo-Hashim who is set to make his official declaration for the Presidential contest before the end of this month, promised to release to Nigerians his perspectives on important matters they want answers to: Security, Jobs, availability and affordability of Petroleum products, Stable electricity supply, how to tackle Corruption, Health, Education, Infrastructure, etc.”

MAN ARRESTED FOR KILLING LOVER, HAVING SEX WITH HER CORPSE FOR MONEY RITUAL

MAN ARRESTED FOR KILLING LOVER, HAVING SEX WITH HER CORPSE FOR MONEY RITUAL