Otaru, while praying with the court to avail them 48 hours to file written address, said, “we have seen that the best thing to do with the case before the court is to enter a no case submission”.

All the defendants standing trial before Justice Adepele Ojo of Osun State High Court, Osogbo over the alleged murder of Timothy Adegoke, OAU’s postgraduate student have entered a no-case submission in their defence.
This followed the close of the prosecution case by the counsel, Mr O. Omosun after calling its eight witnesses at the resumed hearing on Monday.
Counsel to Dr Rahman Adedoyin, Mr Yusuf Alli, SAN, as well as the six other defendants, Mr Muritala Abdulrasheed, SAN, Roland Otaru, SAN, and Okon Ita all entered a no-case submission on behalf of the defendants in the matter.
According to Alli, “My Lord having studied the proceedings, the testimonies and document before the court, I have concluded to enter a no case submission for the first defendant and urged the court to oblige us 48 hours to file written address before it.”
Similarly, counsel to the 2nd, 4th and 5th defendants, Rasheed and counsel to 3rd and 6th defendant, Otaru, while praying with the court to avail them 48 hours to file written address, said, “we have seen that the best thing to do with the case before the court is to enter a no case submission”.
Ita, counsel to the 7th defendant also seek leave of the court to adopt similar submission and 48 hours to file his written address.
Prosecution counsel, Omosun urged the court to grant him four days to respond to the addresses, but Alli urged the court to grant the prosecution 48 hours so that counsel can adopt their addresses before the court by Friday.
Earlier, prosecution had called a witness, which is the PW 8, DSP Samuel Odeh, a forensic scientist with the Force headquarters and disclosed that the department conducted a swab stick analysis to identify a substance on a curtain brought to the laboratory.
The report of the analysis was tendered in exhibit, though, all the defence counsel objected to the admissibility of the report, but reserved the grounds of their objections to written address stage.
The report was marked exhibit Adegoke 19 after which the prosecution counsel closed it case as the other witness of the day, a staff of a commercial bank, was not available in court.
Chief judge Ojo, therefore adjourned the matter to Friday, March 25, 2022, for adoption of written addresses by counsel.
(Vanguard) 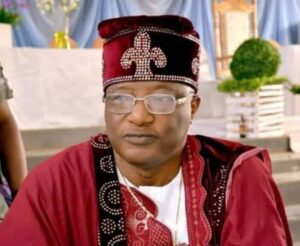 WE ARE NOT GETTING ENOUGH SUPPORT FROM AFRICA – SOAD PRIME MINISTER

WE ARE NOT GETTING ENOUGH SUPPORT FROM AFRICA - SOAD PRIME MINISTER