‘For instance, for 40 years, we have been told Itsekiri is 350,000 people. Authorities continue to quote the same figure in 2022 as if Itsekiri people are not producing offspring 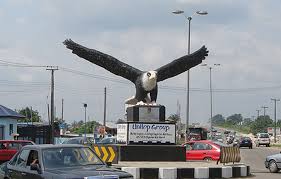 Ahead of the 2023 elections, the Independent National Electoral Commission, (INEC) has been asked to respect the ruling of the Appeal Court on the delineation of Wards on Warri South Local Government. The NHRC said it is aware that the INEC Chairman, Prof Mahmood Yakubu is a man of honour urging him to correct the historical injustice.
Addressing the media, the NHRC which is a coalition of several civil society groups said the Court of Appeal had asked INEC to respect the aspirations of the people of Warri South but that the electoral institution has ignored the court order.
The NHRC Director of Publicity, Taiwo Adeleye who addressed the media said the wrong delineation continues to fuel political exclusion of Itsekiri voters in Warri South Local Government of Delta State. The rights group said the Itsekiri people have consistently been marginalised politically and economically.
‘For instance, for 40 years, we have been told Itsekiri is 350,000 people. Authorities continue to quote the same figure in 2022 as if Itsekiri people are not producing offspring adding that the false population references have been extended to delieanation of wards which reduces the number of votes the Itsekiri can ever produce.
NHRC said there were 10 Wards in the Warri South Local Government area of Delta State.
The Local Government has been in existence since 1991 long before the creation of further local governments by the Federal Government. The group said contrary to the laws of the Federation via the Local Government Decree 1980, the National Electoral Commission of Nigeria Decree 1996, the Constitution of the Federal Republic of Nigeria, 1979, INEC delineated WARD 10 reducing the polling units and disempowering the voters in this area.
The group said the delineation was done in bad fate as it diminished access to polling units and robbed many voters in the affected communities to exercise their franchise as guaranteed by law. This affected previous elections of political office holders into the Local Government in question.
It said it diminished the capacity of Itsekiri indigenous peoples in these communities to participate effectively in the democratic process both at the local, state and national level. It also reduced their voting strength. This prompted the decision of the communities to approach the Court of Law and decent and law abiding people.
The group recalled that the Appeal was struck out on Tuesday October 23,2018. Subsequently, the INEC offices in Warri and Asaba, the Delta State Resident Electoral Commission and the Commissioner for Police in Delta State signed a Memorandum of Understanding with the leaders of the community with the proviso that the error would be corrected after the 2019 elections.
The Court agreed that INEC had no right and cannot redelineate the Wards of the Warri South LGA of Delta State the said Warri South L.G.A having been in existence as a Local Government Area upon its creation in 1991 prior to the recent new Local Government Areas creation exercise of the Federal military Government and having been unaffected in any manner whatsoever by the said recent creation of new L.G.A exercise.

WE WILL CORRECT OUR MISTAKES AND MAKE NIGERIA BETTER, SAYS KWAKWANSO AS NNPP ELECTS OFFICERS