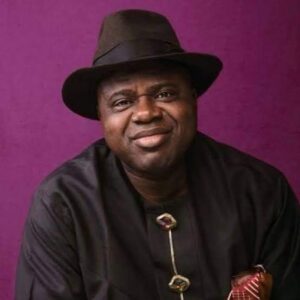 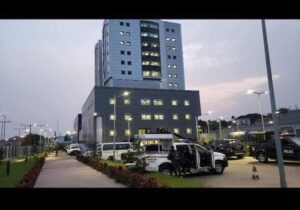 The Executive Governor of Bayelsa State, His Excellency Governor Douye Diri has vowed that Niger Delta Stakeholders would resist any interference with the administration of the Niger Delta Development Commission (NDDC).

Governor Diri made the remark at the Bayelsa State Government House in Yenagoa, Bayelsa State while receiving NDDC management team in Bayelsa State to perform the groundbreaking ceremony for the construction of a prototype Hostel Building at the Niger Delta University, Amasoma, Bayelsa State; a project of the Commision.

According to the Governor, the NDDC is independent of the Ministry of Niger Delta Affairs. Coming at heels of prevailing controversies over purported directive by the Niger Delta Ministry for Personnel Audit at the Commission, Governor Diri urged President ‘Buhari to urgently inaugurate a substantive Governing Board for the interventionist agency in line with extant Law.

Governor Diri noted that the NDDC urgently needs a substantive Governing Board in order to meet the yearning of the people of the Niger Delta region in tandem with the mandate of the Commission.

In a statement made available to the press, the Governor was quoted as saying, “you can appoint a man from Kano State to head the Ministry of Niger Delta Affairs but that cannot be done in the case of NDDC.” According to the Governor, the Act setting up NDDC makes reference to only indigenes from the Niger Delta region. It is for this reason that an interim administration can not really take tough decisions for fear of the security of his appointment.”

The Governor therefore call on President Buhari “to resolve this overlap between the Ministry of Niger Delta Affairs and the NDDC by constituting a governing board to run the affairs of the NDDC”.

STRIKE: ASUU SAYS GOVERNMENT HAS AGREED ON UTAS, PROMISES TO RESUME WORK IF…

STRIKE: ASUU SAYS GOVERNMENT HAS AGREED ON UTAS, PROMISES TO RESUME WORK IF...